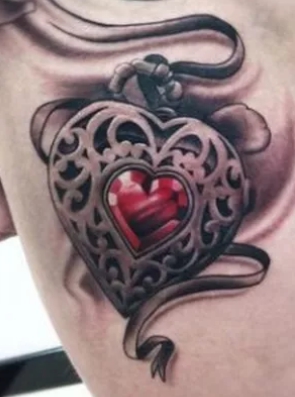 Shred, Bash and Break – All good workouts for your heart

have a surprise for you today – a lesson in how to keep a heart healthy. We are bombarded on a daily basis with information on the correct foods and different levels of exercise to keep your heart strong and healthy. I believe these physical actions are not enough to keep your heart beating strongly. Through life you have to have courage to expose your heart to life. Let it be shredded, broken, splintered into a thousand pieces. To engage fully in life and to be yourself you need to be brave. My father died of heart failure when I was 23 years old. He was brave and courageous. I remember my 21st birthday because I spent the night holding his hand pouring every ounce on my love into him, willing him to live. He was ill, very ill. The previous six months had involved countless calls in the middle of the night to be told he was dying. Rushing to the hospital to see him being crashed by the resuscitation team. His veins had collapsed in his arms due to so many needles being put in them. The only place they could now get a line in for his vital fluids and medications was his neck.

Amongst the mass of wires and tubes and strangers was my father. There was no hope, nothing more to be done, this was really it, we were losing him. Well that’s what everyone thought but my father and me had a different idea.

I knew he wasn’t ready to leave us yet. The universe had decided it was his time but we didn’t agree. So stubbornly through some karmic connection I started to just pour every ounce of love I had into his body. I did not know I was a natural healer until that day. I held his hand ever so gently and just focused on our connection. I opened my heart and poured my love into him. There was no time to close myself down to deal with the situation. My heart stayed open, full of love, unconditional love.

As the clocked ticked and his life sign faded, my heart splintered but, between the fragments of what had been my heart, was the purest kind of love. A love that could only be released, if I pushed my heart to the max. I had to literally break my heart to release this love. In that moment I would have died for my father. I prayed to the universe that I would be taken and he would be saved.

The doctors kept checking him, almost agitated that he was not dead. There was no way he could survive with his diseased and dysfunctional heart. His heart that was no longer functioning. There was more head scratching by the medical team as it seemed he had made it.

The doctors were candid that they didn’t know how to treat a person who should be dead. A few weeks later they told my father there was nothing more the hospital could do for him. So with a sack load of drugs they sent him home.

We were blessed with another three and half years of my father’s company. He didn’t lead a half life during that time; he lived his life as he had always done. The day he died was traumatic for us but just a normal day for him. He had just eaten a curry which was one of his favourite foods. He was drinking a whisky and faded away from us without intrusion from the medical world.

So let your hearts get bruised, battered and broken with life; don’t despair, it’s just getting a workout. It’s becoming stronger, beating deeper and opening more so you can love with a depth and passion you never thought possible.

FREE Connect to The Divine Feminine within you Meditation

What if I told you there is no such thing as Stress…….

My top Ten Tips to create the most Bliss-filled Day ever!

Shred, Bash and Break - All good workouts for your heart

Stay Up To Date with New Posts